Q. I got a DUI in my first year of college. The judge dismissed this first offense after I finished probation. The charge was later expunged, so I didn't put it on my law school application. Since I got in, should I just keep quiet? 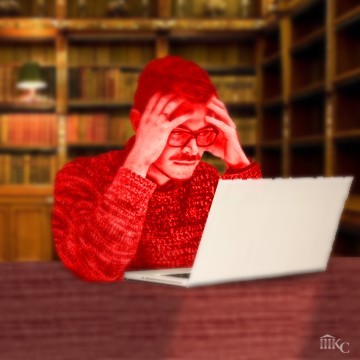 A. An isolated DUI in your freshman year shouldn't hurt your career — unless you concealed it in response to an application question that required disclosure.

Questions may differ from one law school to another. But most applications broadly ask whether you have "ever been arrested, detained or restrained, taken into custody, or accused formally or informally of the violation of a law or ordinance, other than a minor traffic violation." Unless instructed otherwise, this includes charges that have been dismissed or even expunged.

By answering "No," you increased your odds of admission by concealing a material fact from your school. That worked so far, but how will you answer the same question on your bar application? If you keep concealing it, your lack of candor may jeopardize your admission to the Bar and derail your entire career. Conversely, if you disclose it for the first time on your bar application, the discrepancy with your law school application will be hard to explain.

When you started law school, you entered a profession that demands the utmost honesty and integrity of all within it. Knowing how critical this is, law schools let their students amend their applications to disclose whatever is necessary to meet this standard. They usually mention this at law school orientation, but most schools let you amend at any time and, in some cases, even after graduating.

If you didn't do so at orientation, amend as soon as possible. The sooner you come clean, the faster you can lay the issue to rest.

Silence isn't golden. When it comes to character, the cover-up is often worse than the crime. Your record may have been "expunged," but nothing disappears without a trace. In an Internet age where data lives forever, you would be foolish to assume that your background investigation will stay as silent as you are.

In your case, the expunged charge probably won't raise eyebrows in the admissions office or subject you to an honor board proceeding. But even if you had a more extensive record that could, do you want to spend three years and thousands of tuition dollars chasing a dream that may elude you after graduation? Wouldn't you rather face the consequences before making that investment? Do you want to spend the next few years worrying that all of your hard work may be wasted?

The most fundamental question is this: Do you want to join an honorable profession based on a lie that, if later discovered, may result in your disbarment?

In lecture notes, attorney Abraham Lincoln urged that law students "[r]esolve to be honest at all events; and if, in your own judgement you cannot be an honest lawyer, resolve to be honest without being a lawyer — choose some other occupation." If you choose the legal profession, you must practice what he preached long before admission to the Bar.

A former law professor who has lectured to thousands of bar candidates nationwide, Irwin Kramer has devoted a large part of his career to building the careers of law students, bar applicants and young lawyers. Taking a personal interest in the success of his clients, Irwin regularly assists applicants in responding to challenging items on character questionnaires, crafting key disclosures to avoid future problems, and advocating for their admission before character committees throughout Maryland and the District of Columbia. Full Profile

Speeding to the Bar

Character
When the Maryland Board of Law Examiners, DC Bar Committee on Admissions, or any character committee questions your character and fitness for bar admission, bar applicants should retain an attorney to assist in disclosing information relevant to character and fitness, to guide them through the bar admissions process, and to represent applicants in character committee hearings and in hearings before the Court of Appeals to determine whether they are fit to practice law. Character and fitness concerns may arise in connection with prior criminal convictions, academic dishonesty and honor code violations, addictions, drunk driving, neglected debts, and a failure to disclose material information on law school applications or on bar applications. If you have a history of misconduct, traffic citations, crimes, arrests and other facts to disclose in response to the character portion of the Maryland Bar Application or the DC Bar's NCBE application, you should strongly consider retaining bar admissions counsel if you want to avoid denial of a law license and get a license to practice law. This is even true for applicants for admission to law schools as these applications ask similar questions about character. A failure to disclose facts material to your admission could result in a denial of bar admission.

By The Lawyer's Lawyers | Kramer & Connolly and Irwin R. Kramer who are responsible for the content of this informational website.